Every Homeowner Is a Lead Every homeowner is a lead. The concept of this makes real estate exciting. Everyone who owns a house that has not had an updated market analysis done in the past two years, should have you come over and give them one. Why? Not everyone has a retirement fund, but those who do usually check on their progress periodically. If it’s not doing well, then they make some corrections and changes. If someone owns a house, that’s part of their retirement.

Even for people that don’t have a retirement fund, the home they own is their most important asset. So, what an educated person does is periodically find out what the status of their home investment is. I believe everyone should do this at least every two years. Here are two great reasons why:

Two, knowing your property value helps ensure you are not under-insured. If a consumer’s house was met with some kind of tragedy, they may not have enough insurance to cover their property damage. This was one of the most common things to happen to people whose homes were demolished during hurricanes in the past few years.

So many of those poor folks did not have enough insurance to cover the full value of their home. Now insurance policies have what’s called an Escalation Clause, which is tied to the cost of living. So, their coverage goes up each year but, more times than not, that does not keep up with the appreciation of the property. For example, somebody may have paid $300,000 for their home and now it’s worth $700,000, but they’re only covered for $500,000. If their house burned down, they’d lose $200,000.

Whenever you meet someone who owns a home, you should be asking them this question: “When was the last time you had an updated market analysis on your property for your homeowners insurance?” They might say, “When we took the policy out.” Then you say, “Well, when was that?” Their response may be, “Well when we bought it ten years ago.”

Here, you should say, “Oh my goodness!” Even if they say two years ago. Anything less than a year merits the response, “Well, you may be under-insured. You see…” And then you can go on to explain what I just stated above and offer to help them. You might say, “Part of the service I provide for people who have not had a recent market analysis done on their property is to do an informal report on the value of their property.”

By the way, let me just add a legal disclaimer. We cannot, unless you’re a Certified Appraiser, give an official appraisal of what a property is worth for insurance purposes. But if a homeowner takes the information you give them, they can share it with their insurance agent and then they will order the official report if it’s warranted.

Now does this help you get listings? Yes! Let me explain. What’s interesting is most homeowners think their house is worth less than what it actually is, until they decide to sell—then greed kicks in. Now I’m going to say it again because this is going to sound like a contradiction. Most homeowners living in their house think their house is worth less than what the market says it’s worth. It is only when they make the emotional commitment to move that, all of a sudden, greed kicks in and their price gets inflated beyond what the market says it’s worth. But most homeowners who have no interest in selling it or moving are thinking, “You know we bought it for this and now it’s probably worth that.”

Keep in mind most homeowners know about all the stuff that doesn’t work in their house.  They know how the bushes need to be trimmed and that there’s a stain on the ceiling. I mean they nitpick about their own home, almost like some couples in marriages. With spouses, right before they get married, everything is perfect about their fiancé. All of a sudden, when they’ve been married for many years, they know every darn thing that annoys the heck out of them! Sometimes they’ll focus more on the things that annoy them than on the positives that are still there when they were first dating. It’s the same thing with homeowners! They pick their house apart, so they think it’s worth much less than the market value.

How does this get us listings? Imagine that you go to a homeowner’s house and after previewing the home you give them the good news. They probably would respond with, “my house is worth that?” Then you continue with, “You know based on the equity you have in your property and based on the interest rate you’re paying now, there are some other houses that are actually bigger than this house for basically the same monthly payment you’re paying now. So, you could actually get more of a house than what you’ve got right now.” My point is that you can create a seller who wasn’t even thinking of selling before you went to see them.

There are listing prospects everywhere. The key is to think outside the box right from the start of your career. When you do, then your potential to earn an above-average income skyrockets.

You’ve got this. I’m here to help, with a passionate community of Power Agents® that can be there for you as well. Learn more at www.ThePowerProgram.com/NewAgentSuccess.

Darryl Davis, bestselling author of “How to Become a Power Agent in Real Estate” and owner of Darryl Davis Seminars, has trained and coached over 100,000 real estate professionals around the globe for more than 27 years. He is the founder of the Next Level® real estate training system, The Power Program®, which has helped agents double their production over their previous year. For more information, and the new agent tools that can help take you to your Next Level®, please contact darryl@darrylspeaks.com or visit www.ThePowerProgram.com/NewAgentSuccess. 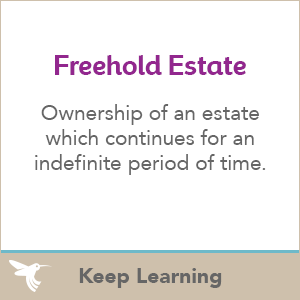 Force of Nature: The Most Likely Causes Behind Your Home's Roof Damage
12 Tips for Becoming a Successful Real Estate Agent in the Luxury Market
5 Tips to Get the Most Out of Your Real Estate Testimonials
3 Luxury Staging Trends to Take 'Center Stage' In 2021
Agent Teams: ABCs of Lead Management
View Cart Checkout Continue Shopping
192.168.100.54