Maximize Production and Profit With a Business Coach When Heather Roda, broker at Platinum Properties in Paso Robles, Calif., anxiously walked into the bank to see if she had enough saved up for the down payment on what would soon become her own real estate office building, tears started streaming down her face.

“I went to my bank and I had it,” Roda recalls, her voice lighting up at the memory. “I had the down payment and I didn’t even know it.”

A little while back, Roda’s Buffini & Company business coach, Scott Malcolm, helped her set up an automatic transfer into her savings. Roda didn’t even need to think about it, and by the time that office building went up for sale, she had the money she needed. This was a significant shift for Roda, who used to struggle with consumer debt and paying taxes.

“When I came into coaching, I was a financial mess,” Roda remembers. “Now I realize I don’t stress out about money, and I feel peaceful about it.”

Finding financial freedom wasn’t the only change Roda experienced since joining One2One Coaching in 2015. She also shifted her mindset to favor personal growth.

“I think about who I want to be, more than what I want to do,” Roda explains. “Having a coach really helps you grow in a way I don’t think you could if you were just listening to Brian Buffini’s podcast, coming to the events and reading books without engaging with a coach.”

There was another major win for Roda in coaching. After a few months of building the relationship with her coach, her production volume started to increase. Her numbers went from a stagnant, yet solid, $12 million-$13 million in total sales to an even more impressive $25 million today. This was something she struggled to achieve less than four years ago, while she was paying $700 a month for online real estate service leads, advertising online to strangers and sending postcards to an overflowing database, all without breaking through her production plateau.

“I was wasting a lot of time on lead generation that wasn’t really doing anything for me,” Roda says. “I don’t waste time anymore, and I’m less stressed out.”

Once she began her bimonthly calls with coach Scott, one of the first things he had her do was make her marketing more intentional. He told her to cut down her database, and remove anyone she wouldn’t want to chat with if he or she called. At first it wasn’t easy, but it ended up saving Roda tons of time and money.

“I used to always tell people my coaching was free–I paid for it with exactly the money I saved by reducing my database,” Roda says.

Although she has more than doubled her production now, Roda has no plans to stop coaching as she continues her work.

“Quitting coaching for my business would be like saying, ‘Well, I got into shape and now my body doesn’t need exercise anymore,'” Roda says.

Today, when Roda reflects on her business and life, she says she has no complaints. She happily owns her own brokerage with her husband Ryan, and in 2018, they even took their two tween daughters, Savannah and Emma, down the coast to the Buffini & Company Mastermind Summit in San Diego.

“We can all look at the system and know it obviously works, but, without a coach, there’s nobody to keep you on track,” Roda says. “We’re just human, and we’re always going to need reminders and motivations. That’s never going to stop, so you can just embrace it. Set patterns for your life that roll with that, and it’ll be a better life.”

Achieving this balance has made Roda less stressed and more productive, and for this she credits her experience with coach Scott and One2One Coaching. See what the program is all about—sign up for your Complimentary Coaching Session today. 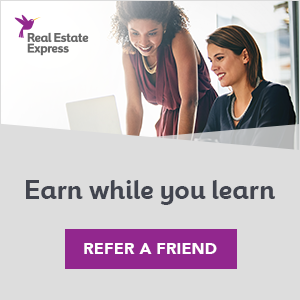