“Housing prices were stable in June. More data will be required to understand whether the market resumes its previous path of accelerating prices, continues to decelerate or remains stable. That said, it’s important to bear in mind that deceleration is quite different from an environment in which prices actually fall. June’s gains were quite broad-based. Prices increased in all 19 cities for which we have data, accelerating in five of them. Phoenix retains the top spot for the 13th consecutive month, with a gain of 9.0 percent for June. As has been the case for the last several months, prices were particularly strong in the Southeast and West, and comparatively weak in the Midwest and (especially) Northeast.” — Craig J. Lazzara, Managing Director and Global Head of Index Investment Strategy, S&P Dow Jones Indices.

“Home prices continued to rise in June during a pandemic that has exacerbated ongoing inventory issues. Buyers are making up for the loss of the spring real estate season with a busy summer. The competition for available listings has kept prices climbing, despite the fact we are in the midst of a recession. This trend will continue until a combination of new listings and new construction balances the market.” — Bill Banfield, Executive Vice President of Capital Markets, Quicken Loans 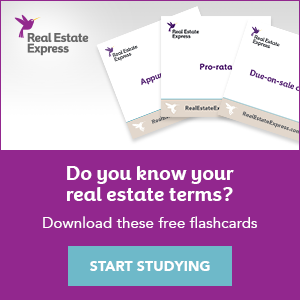 Get the Most Out of Yourself and Your Business
Staying Connected and Finding Client Needs
What Are You Doing to Track Your Leads?
5 Tips to Help You Make a Great First Impression
Homes.com Survey: 15 Percent of U.S. Consumers Have Experienced Housing Discrimination

Study: U.S. Cities With the Smallest Apartments
What You Need to Know About Inventory in the 2021 Real Estate Market
3 Ways to Create Mutually Beneficial Client Relationships to Grow Your Luxury Real Estate Practice
3 Reasons Why You Should Put Your Rentals on the MLS
NAHB on Sales Growth: Builder Confidence 'Shattering Previous All-Time High'
View Cart Checkout Continue Shopping
192.168.100.55