As 2020 bid a final farewell to Supreme Court Justice Ruth Bader Ginsburg, we’re looking back at Ginsburg’s legacy and the impact she had within the real estate industry.

Before rising to the position of Supreme Court Justice, Ginsburg faced her own experiences with sexism. She fought tirelessly for equality, dedicating her career to equal rights for women. Her efforts and triumphs are still very much alive today, and can be seen clearly across many industries, even real estate. Here are a few ways she influenced the industry.

What legal rights did women possess before the 1970s?

Prior to 1848, women were generally barred from owning property or engaging in transactions, including the purchase of real estate. Under “common law,” a woman’s property became her husband’s upon marriage, and only the husband had legal authority over most, if not all, decisions regarding the property. When New York passed the Married Women’s Property Act in 1848, women gained the legal autonomy to maintain control over whatever property they brought into the marriage. In 1920, women were granted the right to vote in the U.S., but they still weren’t economically independent, especially if they were married. Even into the 1970s, women could not apply for credit cards or maintain employment upon pregnancy—and they often could not manage their own bank accounts without a male co-signer.

How did Ginsburg create change within the housing industry?

In 1974, Ginsburg paved the way for the Equal Credit Opportunity Act, which allowed women to apply for bank accounts, credit cards and mortgages without needing a male co-signer. This alone gave women the ability to transact within the real estate industry and helped to shape their buying and selling power. According to the National Association of REALTORS® 2020 Profile of Home Buyers and Sellers, 19 percent of recent buyers were single women, while only nine percent were men. And in 2019, one out of every five homes sold was purchased by a single woman.

While Ginsburg did not explicitly change the real estate industry for female agents, she did fight for all women to receive equal rights. While the Equal Credit Opportunity Act helped women establish themselves financially, many women were still discriminated against within the workplace. To combat one facet of this, in 1978, Ginsburg continuously supported the Pregnancy Discrimination Act, which stated that employers could not base employment decisions on whether a woman is or could become pregnant. In 1996, Ginsburg led the ruling decision in United States vs. Virginia, supporting the decision that state-funded schools must admit women. Both of these decisions led to women having more opportunity within the workplace. Now, 64 percent of all REALTORS® are female.

While Ginsburg did not directly affect change within the real estate industry, she empowered women through the cases she argued. Without her legacy and influence, the world of real estate would look very different today.

Patty McNease is vice president of brand marketing for Homes.com. As a seasoned service and marketing veteran, McNease oversees Homes.com’s traditional and digital branding strategies to consumers and industry professionals. Her leadership has positioned Homes.com as a trusted partner within the real estate industry. In 2018, McNease supported the relaunch of Homes.com’s website and consumer positioning as the Simply Smarter Home Search partner. On the industry side, she has established Homes.com as an innovative resource, providing marketing and advertising expertise through her frequent editorial columns in publications such as Real Estate magazine. 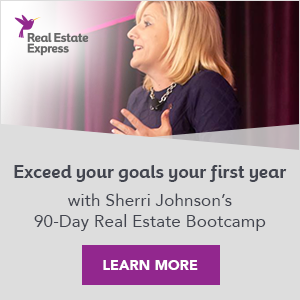