CoreLogic® recently released its monthly Loan Performance Insights Report for May 2020. On a national level, 7.3 percent of mortgages were in some stage of delinquency (30 days or more past due, including those in foreclosure). This represents a 3.7-percentage point increase in the overall delinquency rate compared to 3.6 percent in May 2019.

In May 2020, the U.S. delinquency and transition rates, and their year-over-year changes, were as follows:

Serious Delinquency (90 days or more past due, including loans in foreclosure): 1.5 percent, up from 1.3%= percent in May 2019. This is the first year-over-year increase in the serious delinquency rate since November 2010.

Foreclosure Inventory Rate (the share of mortgages in some stage of the foreclosure process): 0.3 percent, down from 0.4 percent in May 2019. This is the second consecutive month the U.S. foreclosure rate was at its lowest level for any month since at least January 1999.

Transition Rate (the share of mortgages that transitioned from current to 30 days past due): 2.2 percent, up from 0.8 percent in May 2019. By comparison, in January 2007—just before the start of the financial crisis—the current- to 30-day transition rate was 1.2 percent, while it peaked in November 2008 at 2 percent.

In the months leading up to the pandemic, U.S. mortgage performance was showing signs of sustained improvement. The national unemployment rate matched a 50-year low in February, and overall delinquency had been on an impressive 27 consecutive-month decline. However, by May 2020—just two months after the coronavirus (COVID-19) was declared a global pandemic—U.S. unemployment surged past 13 percent, leaving over 4 million homeowners (accounting for more than 8 percent of all mortgages) little choice but to enter a COVID-19 mortgage forbearance program.

“The national unemployment rate soared from a 50-year low in February 2020, to an 80-year high in April,” said Dr. Frank Nothaft, chief economist at CoreLogic. “With the sudden loss of income, many homeowners are struggling to stay on top of their mortgage loans, resulting in a jump in non-payment.”

“Government and industry relief programs have helped to cushion the initial financial blow of the pandemic for millions of U.S. homeowners,” said Frank Martell, president and CEO of CoreLogic. “COVID-19 and the resulting pressures continue to influence the economic activity of many households. Barring additional intervention from the Federal and State governments, we are likely to see meaningful spikes in delinquencies over the short to medium term.”

All states logged increases in overall delinquency rates in May from a year earlier. New Jersey and Nevada, both still hot spots for the virus, experienced the largest overall delinquency gains with 6.4 percentage-point increases each in May, compared to one year earlier. New York again remained atop the list with a 6.1 percentage-point increase, while Florida experienced a gain of 5.8 percentage points.

On the metro level, nearly every U.S. metropolitan area posted at least a small annual increase in their overall delinquency rate, with tourism destinations such as Miami, Fla., (up 9.2 percentage points), and Kahului, Hawaii (up 8.8 percentage points), posting two of the largest increases. Odessa, Texas—which has a local economy strongly tied to the oil industry—also logged a considerable increase, posting an annual gain of 9 percentage points.

Meanwhile, over 75 percent of all metro areas logged at least a small increase in their serious delinquency rate. Odessa, Texas and Laredo, Texas, tied for largest increase with gains of 1.1 percentage points each. McAllen, Texas; Midland, Texas; and Hattiesburg, Miss., all followed with gains of 0.7 percentage-points each.

To learn more firsthand information about delinquency and foreclosure trends, join Dr. Frank Nothaft and other leading mortgage experts from CoreLogic during their virtual roundtable this Thursday, Aug. 13, to discuss these various issues at hand. Register for the webinar today here. 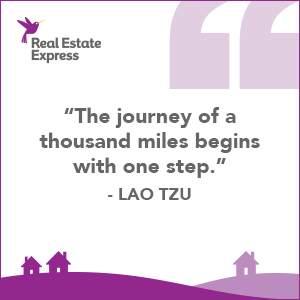 What You Need to Know About Inventory in the 2021 Real Estate Market
3 Ways to Create Mutually Beneficial Client Relationships to Grow Your Luxury Real Estate Practice
3 Reasons Why You Should Put Your Rentals on the MLS
NAHB on Sales Growth: Builder Confidence 'Shattering Previous All-Time High'
Yun Addresses Current and Future Housing Market Trends at NAR's Residential Economic Issues and Trends Forum